You can’t blink these days without missing yet another paper, report, seminar, briefing or book on how to solve the housing crisis.

Some are bonkers, others deserve some credit and attention and a few are worth spending a bit of time on. 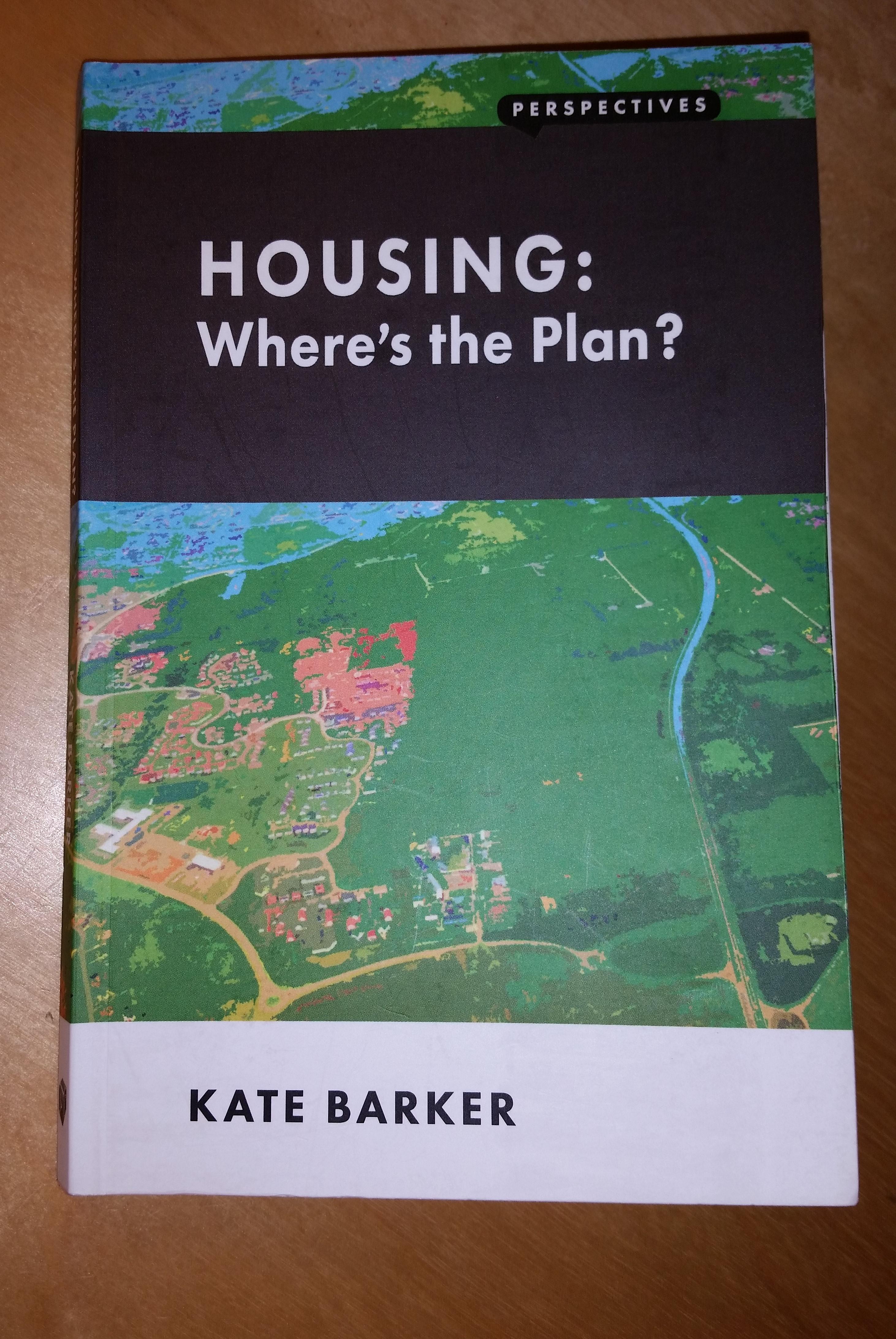 Kate Barker’s new book Housing: Where’s the Plan? falls clearly into the latter camp for at least three reasons. It’s short and quick to read. It covers a lot of ground, well. It doesn’t arrogantly suggest that there’s a simple solution to untangle the complex mess we’ve made of UK housing.

It’s a great run through for anyone keen to understand quickly most of the main threads that comprise UK housing’s Gordian knot.

The book clearly illustrates the trade-offs needed in developing housing policy that might work. Even more instructive is that you are left in no doubt why so many policies do more harm than good or quickly disintegrate under the weight of unintended consequences.

There are recommendations. But I find myself agreeing with the comment printed on the back cover from Martin Wolf of the Financial Times.

“Kate Barker provides both a clear analysis of the problem and sensible, albeit modest, reforms. These represent the very least that needs to be done.”

In the circumstances this is quite a timid book given the housing crisis is already disrupting economic and social life desperately in the UK and the path we’re on looks like guaranteeing worse.

Her big idea, among a series of recommendations, is the introduction of Capital Gains Tax on a homeowner’s main residence.

In principle this is a sensible suggestion, unless you are economically illiterate, stupid enough to believe the huge increase in the value of your home has something to do with your innate good judgement rather than luck, or you happen to be without a conscience and sense of fairness.

Even here my sense was that Barker was being cautious. She writes (page 62); “Even an optimist about tax reform might feel daunted by this, and yet it may well be the best reform to tackle the adverse social consequences of undersupply of housing.”

Few would doubt that Kate Barker knows her housing onions and many sometimes small, sometimes subtle and sometimes almost incidental things throughout the book highlight this.

She gives a neat summary of “good” and “bad” house price inflation (page 36). She points out that nationalised development rights and a plan-led system don’t intrinsically inhibit residential development (page 15). She recognises the value of what she described as the often undervalued “psychological” effect of additional development (page 39). She makes plain, as so often is missed, the importance of expectations among landowners (eg page 79). She doesn’t overdo planning. And she provides some useful myth-busting.

Mind you there are things that seem puzzling. It may not have been intended, but my impression was that she implies that the fall in homeownership and the sharp rise in private sector renting was prompted by the financial crisis and the recession.

I’d argue that the fall in home ownership has its genesis in the early 1990s, if not earlier. It was in no way prompted by the recession, however much it may have sped up the process. The slide in home ownership among households younger than 35 has been a feature of the UK housing scene for a quarter of a century.

What had been promoting growth in total home ownership for years is longer-living, home-owning babyboomers displacing their elders who were more inclined to rent and didn’t live as long. This disguised the underlying decay in home ownership growing among later generations.

Overall I felt the book was a bit light on intergenerational effects. This I think led to her seeming to be, on my reading at least, rather complacent on the rapidly rising level of under occupancy.

I had similar concerns on inequality.

She states (page 84): “Demand for housing space rises strongly with income in the UK: as we get richer, we want more and bigger dwellings.” The corollary is that if we get more unequal in terms of income or wealth the distribution of housing will become less equal, as the rich take more of the limited stock and the poor are left with less. How growing inequality, both between social classes and between generations, plays out within a system of constrained stock must surely be intensifying the housing crisis.

For all that Kate Barker’s book is well worth a read. Its value for me was less in the recommendations themselves than in pushing the underlying theme that housing policies needs to be longer-term in scope, more consistent across government departments and enjoy far greater cross-party support (page 79). As Barker points out if a policy is unfavourable to landowners they are happy to wait if they believe a future government will reverse it. Meanwhile, the nation has less land on which to build homes.

The need for a more long-term approach could not be more pertinent. As we head towards a General Election the housing crisis is being dragged ever more into the political scrum, where policies are delivered on the basis of being “eye-catching” rather than of long-term benefit.

It doesn’t help either that hardwired into so much political analysis is the inevitable separation of the participants – builders, developers, planners, Government, home owners, landlords, renters, those on housing benefit, immigrants  – into villains or victims.

Sure the UK housing system is grossly unfair. Sure many people are victims of this. Sure people act in their own self interest. But as a community, it is a shared problem that collectively costs the nation.

We could do with fewer quick-fix solutions supposedly designed to “mend a broken housing market”.

Housing needs constant long-term considered attention to analyse, test and implement the set of solutions that at any given time best provide good housing for all within what is an ever-changing complex system.

Housing: Where’s the Plan? is published by London Publishing Partnership