The National Housing Federation launched its 2012 Home Truths report today. It’s got lots of coverage, probably because it says again what many already know – there’s a housing crisis and it will put even more pressure on the already stressed and strained housing benefit system.

We spend more than £20 billion a year on housing benefit in a bid to keep the poorest out of housing squalor. But thousands more working folk are turning to this benefit as rents rise and wages stall or fall.

Mark Prisk the new housing minister was on the BBC’s Today radio programme this morning insisting that the Government was not complacent.

I can’t judge whether it is complacent, but from where I sit it is failing to grasp one simple thing. If we want more homes they have to be built and if the market is unable to deliver it is the role of the state to act.

Last week I attended a local meeting on housing. I spend a lot of time listening to the views of housing experts, so it’s revealing and enlightening to hear the reality of housing today as expressed by a wider slice of the population.

Housing is after all about communities, their choices, their aspirations, their health, their education, their friendships, their finances, their security and, yes, for some, their ego.

After the mostly hot air and vacuous promises emerging from the party conferences – all of which in fairness recognised the increasing importance of housing – it was interesting to hear views of people, let’s say, a bit more grounded.

The problems ranged from lack of affordable housing, the inability to pull together a deposit to buy a house, the young priced out of their communities as they reach adulthood, lack of dignity for renters and puzzlement that there are big land banks but little building.

It is fair to say this was not a meeting of nimbys, but from the debate it was clear that there was a desire to preserve the essence of their community.

I suspect I could have been anywhere in the country and heard a similar debate. The emphases may vary slightly, but the core message is the same. There is a housing crisis.

The remedies put up for discussion at the meeting were wide ranging, some long-term some short-term.

What became clear to me from the discussion is what I think I already get, that the solution or solutions to the housing crisis are far from simple, there are no quick fixes and there will be losers as well as winners. It’s a mess that gets jumbled the more we discuss it.

It occurred to me as a listener that we could do the “management meeting flip chart special” and think about the problems and the potential solutions in four segments. Horizontally we could split between those issues concerning the likes of (A) need, demand, tenure, distribution, welfare, access to finance on one side and (B) supply on the other. And we could split vertically between (X) the long and (Y) the short term.

What becomes clear is that many solutions to the AY, the short-term tenure, welfare, finance issues are palliatives for what is a dysfunctional market. And some of the most obvious of these solutions may well be to the detriment of the housing market long term.

Let us consider, for instance, the most popular suggestion for improving short-term demand in the market, boosting mortgage availability.

The likelihood here, given that the supply remains constrained, is that house prices rise, land prices also rise and affordability deteriorates. Also given that interest rates are very low, we build in a real risk of a mortgage-rate shock into the future.

This is not a reason for not doing something, but the idea that freeing up the mortgage markets will “solve the problem” is in my view naive and potentially dangerous. It is often forgotten, or ignored, that the most spectacular drop in the proportion of first-time buyers – those seeking to gain access to the market – occurred when mortgage lending was lax. 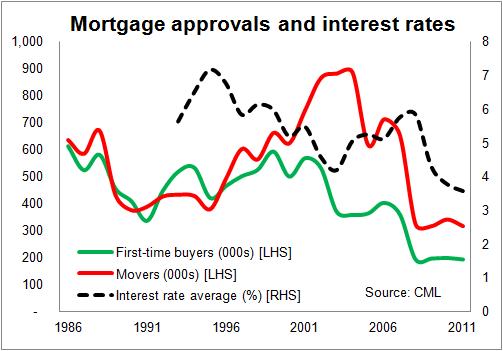 Between 2002 and 2003 figures from the Council of Mortgage Lenders show the number of loans for first-time buyers dropped 30%, while loans to home movers actually increased. At the time interest rates were low and falling and deposits were exceptionally low. In the five years to 2002 loans to FTBs averaged more than 540,000. In the five years to 2007 the average was about 370,000. In the earlier period average interest rates were higher and scrutiny over access to mortgages greater. The problem of first-time buyers is not one simply of access to finance.

There are similar problems with the various part-ownership models that have sprung up and which are touted as solutions to the problems we face.

When we look at longer-term “demand” side issues – AX on our flip chart – we have more scope to be more considered. We can look afresh at lifetime tenure choices, the development of a more organised private rented sector, co-operative housing, allocation of social housing and the myriad of other issues that this housing crisis has thrown up. These need careful and considered attention, with a view to the impact on the economy, labour market, communities and fairness all playing a part.

We appear to have failed to accept that the housing market has mutated away from the popular view and the changes require very different thinking and policy responses. 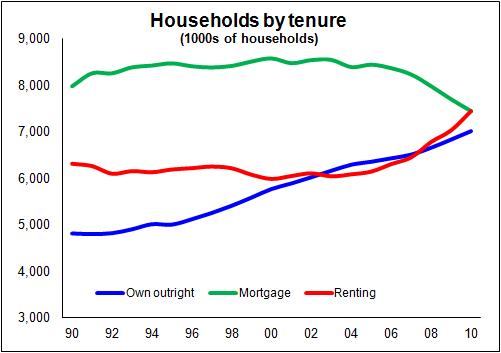 This leads us to the supply side, the bit that really interests the construction industry. 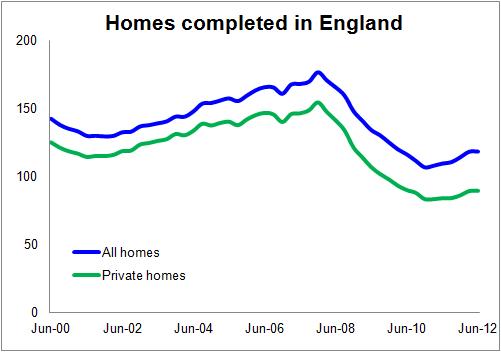 There is an industry view that we need to increase the housing supply by about 200,000 to 250,000 (or more) a year in England. We’re managing at last count fewer than 120,000. The vast majority of those are private sector homes.

Nobody I have talked to suggests that in the short term the private sector will be able to deliver anything like 200,000 for many years hence. The finance is just not there and, as I suggested earlier, manipulating the mortgage market in some way to create sufficient effective demand, even if possible, may have negative consequences.

Long term, things don’t look much better. At the recent Housing Market Intelligence (pdf) conference Taylor Wimpey boss Pete Redfern suggested that if you looked forward to 2017 without significant change in land availability there was a probable cap of about 160,000 a year.

This rather leaves the question open of who in the short and long term can fill that gap.

The dream in Whitehall, and also among many consultants, is that we may see institutional investors building homes to rent. It is a dream until we see something solid on the ground. Even then it is thought unlikely that this will provide a solution to the shortage of supply or help to fix the crisis in housing.

The Government has looked to shift the definitions of affordable housing to help registered providers (housing associations to you and me) fund more new building. This is an intriguing solution given that it will either drag more from the housing benefit pot or make homes even less affordable for those on limited incomes.

We are again, it seems, in the land of hopes and desperation if we believe that this will provide a quick solution that will fundamentally dent the gap between what we build now and what we should be building.

So as we examine the options for long-term and short-term supply solutions we are left with a blank unless we accept that if the state wants more homes it will have to build those homes itself.

This was not such a shocking notion in the days of Harold Macmillan and the Great Housing Crusade.

So why now? Is it fear of pumping up public sector debt?

In 1951 national debt was about twice gross domestic product. Today we have a different measure called public sector net debt, but on this broadly equivalent measure the debt is 67.9% of GDP.

Admittedly the deficit picture is less attractive. But do we really think those mysterious men in the international money markets will punish us for adding one of two per cent to public sector debt if we built homes with the cash and create assets worth more than the extra debt? We may think these international money men are crazy, but are they stupid as well?

And should we consider how much of our public debt they hold and so how much of a threat this is, given the Bank of England now holds best part of £370 billion of Gilts?

What is more, would these money men not see the potential impact of capital investment on the economy at large and directly on the Treasury budget?

Construction as we are ever increasingly told has a high multiplier effect, stimulating the wider economy. So in a recession it is good for the economy to boost construction, especially when there is spare capacity.

But also for every home built with workers taken from the dole queue the Treasury comes out about £20,000 up, if not more, paying less in benefits and gaining more in employment taxes. The state will seldom have an opportunity to build homes for less.

Four years ago I called for a major boost to house building funded by the state. I argued the Government could establish an independent non-profit-making body to deliver new homes which would be sold on at an appropriate time in the future.

For me it was and is critical (at least intellectually) that this approach is separated from choices over the ultimate tenure of these homes. These would not be “state” homes, but homes built using state funding for eventual sale. It may be that the state eventually decides to take on some of these. It may be it uses the opportunity to test new approaches to bring people into the housing market. It may be it sells them to housing associations. It may build and eventually sell some to institutions. It may be it sells them eventually on the open market or to those renting them before they are sold on. Those options can be taken case by case.

The longer this recession has continued the more convinced I have become of the need to take this scale of action if we want to leave healthy housing to our children.