And look closer into the latest official house building figures and we see than in many of the English regions, particularly in the North, the level of private house building is now running well below half of what it was in 2007. 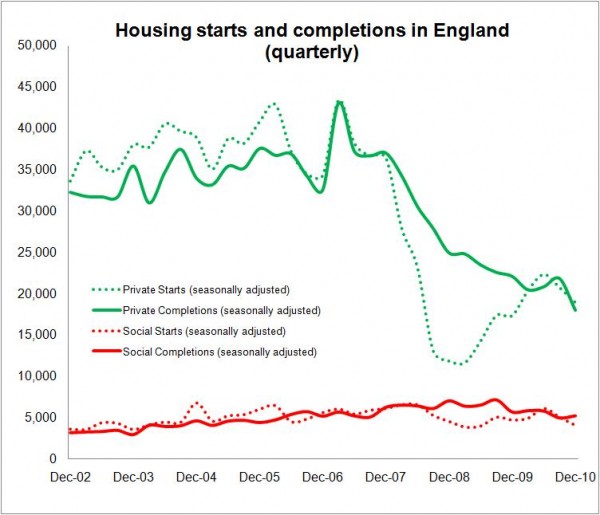 When you add in the homes built for the social sector there were 102,830 completed new homes in the year.

If you are prepared to search for historic stats, there are numbers showing that this is roughly the rate at which homes were being built in the final decade of Queen Victoria’s reign and in fact we were building more homes in the mid 1870s when the population was half the size.

So this is not an impressive result.

What makes the figures more disturbing is that when we look at the starts figures we see a worrying fall away in the final quarter. You’d be hard pushed to put all that down to the snow.

Indeed I was always a bit suspicious about the surge in starts in the second quarter of last year believing that the rise might well be partly down to restocking and partly down to house builders protecting existing planning consents before they lapsed.

Anyway the grim picture is made clear in the graph